The AI awakening: how machine learning for enterprise is reinventing the industry

The reason for this mass awareness of the transformative power of artificial intelligence? IBM’s Watson – a ‘question answering’ computer system – faced off against the greatest players in Jeopardy history. (For those of you who don’t know, Jeopardy is a long-running US television game show where contestants are presented with general knowledge clues in the form of answers. In their answer, they must phrase their responses in the form of questions.)

The Jeopardy players had won over $5 million in prize money between them on the show. To get acquainted with the show, IBM’s Watson ‘played’ over 100 matches against past winners.

The result? Watson wiped the floor with his two opponents. He came out with $77,147 leaving his two opponents “in the dust”, according to TechRepublic, with $21,600 and $24,000 respectively.

The field of artificial intelligence has been developing since the 1950s, but researchers have continually encountered the same problem: the conventional approach has been to create an all-knowing programme with elements of logical reasoning and knowledge of the world at large.

The old approach to artificial intelligence worked for large-scale mathematical problems but it couldn’t handle the anomalies. Let’s imagine again that you wanted a computer to identify different types of cats.

You’d enter all the parameters for identifying cats – two ears, four legs, whiskers, fur etc. That might work fine for identifying your average tabby, but what about something like a Scottish Fold? That’s a breed of cat, which, thanks to a genetic mutation that affects cartilage throughout its body, has folded-over ears.

The computer looks at it and thinks, “four ears? That’s not a cat.” The point being, the traditional approach to artificial intelligence had limits, but scientists (and enterprises too) are now redefining how they think about it.

The impact on enterprise 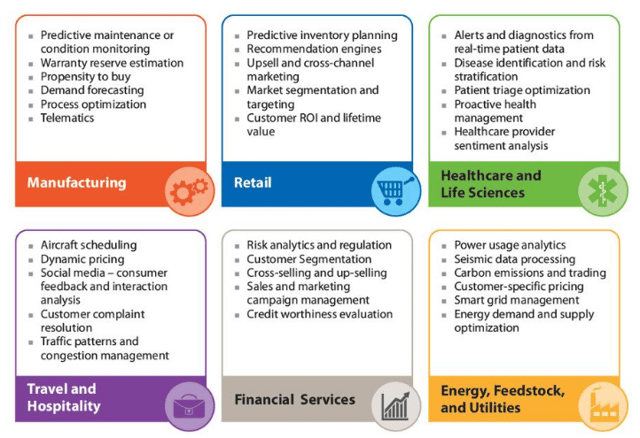 Nowadays, the approach to machine learning for enterprise is almost the opposite of the traditional model as shown above. Instead of the ‘you-need-to-know-everything-before-you-know-one-specific-thing’ approach, artificial intelligence now works from the bottom up. It starts learning one thing at a time and then builds a big picture after that.

According to the New York Times, the newer artificial intelligence systems create, “an adaptable neural network that can teach itself how to recognise and store knowledge effectively to accomplish a goal.”

This approach is being mirrored by car makers like Volvo which are using driving data to build self-driving cars. On the newest iPhones, Apple run artificial intelligence algorithms to predict the next word to type in a message.

Netflix run AI algorithms to recommend programming to users based on their preferences and what they are likely to enjoy. Under Armour worked with IBM’s Watson to combine data from its Record app with third-party data on fitness and nutrition.

A recent survey from Accenture found that among big companies (with over €400 million in sales):

Healthcare, finance, and insurance in particular are facing huge evolutions in the face of machine learning – though the stats make the case for themselves across the board. The artificial intelligence revolution is coming – but will your company be on the right side of history?

Do you want to use machine learning for enterprise to take your business to the next level?

If you’re responsible for highly complex problem solving with a need for strict monitoring and issue prevention, Statwolf’s data science service can help, with advanced online data visualisation and analysis simply running in your web browser.

With a rich library of machine learning algorithms, Statwolf can unlock hidden patterns and help generate accurate forecasts you can feed directly into your processes. Check out what our data integration service can do for you.

Want to make sense of your data? Download our comprehensive guide: The Predictive Maintenance Cookbook.