How would a machine see the world?

When you imagine a map of the world, what do you see? Chances are, it looks something like the image below – the standard atlas representation.

But ignoring geographical boundaries, how else might the countries of the world be represented? Perhaps the best way of looking at them would be study of their people.

So using data alone, processed by Statwolf’s algorithms, we created some new maps of the world. And the results are really quite interesting.

An alternative view of the world

So what data did we input? Gross National Product is always a good place to start, but it's not enough on its own. Add the number of cell phones, percentage of the population living in rural areas, average education level, number of health facilities and along with other indexes, we start to get a clearer picture.

Using the latest data on 18 key indexes* from the World Bank public database, we used a machine-learning algorithm to cluster the world into 5 sets of countries, each set sharing similar characteristics.

By choosing an unsupervised procedure, there was nothing telling the machine how to group countries; or their geographic position, it relied on data alone. 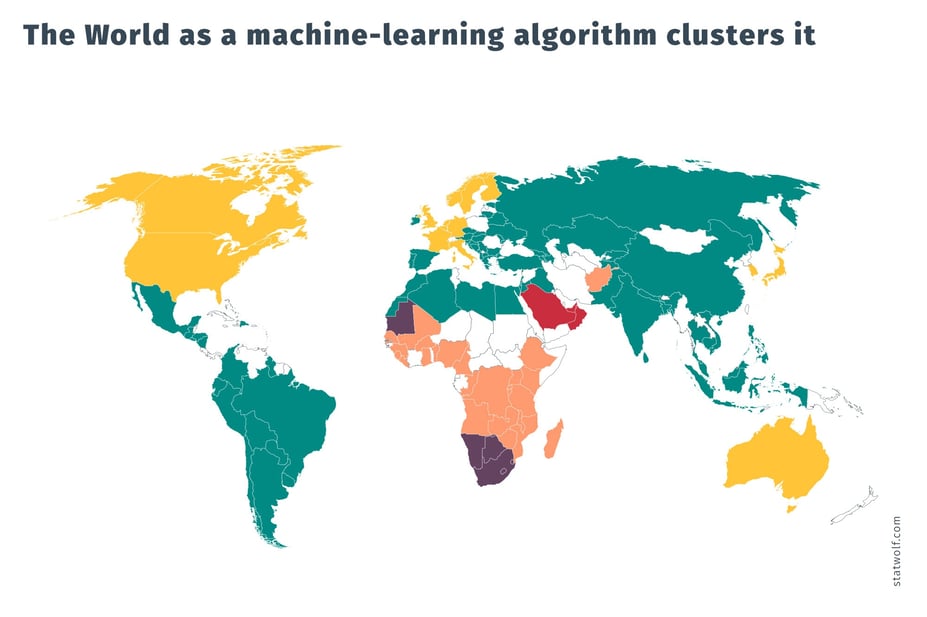 In yellow, you can see the richest nations; blue and violet the poorest ones; in red the Arabic states, in green the politically, or economically, less stable countries, in white states which did not provide data.

Even disregarding geographic position, the USA and Canada are still grouped together, as are most of the African countries. Over in Europe, most countries share their colour with Australia, Japan, Canada and the USA. It makes sense: the social and economic features of these nations are similar.

But there is something strange. Why do Middle Eastern Arabic nations have their own set? And why does Africa seem to have such a strong north south divide?

As always, the devil’s in the details

To discover why these regions became clustered in this way, let’s separate the UAE and Saudi Arabian data from the rest of the world, and take a look to results for each of the 18 indexes against the world average. You can find the complete set of data here.

Here, you quickly see there are, for instance, three indexes well above global average:

Saudi Arabia and UAE invest more than 8% of their GNP in military expenditure; that is more than twice what the US spend and 5 times more than the average of EU countries. They also produce more than 19 tons of CO2 per inhabitant, slightly more than the US, but almost 4 times what the entire world emits on average. 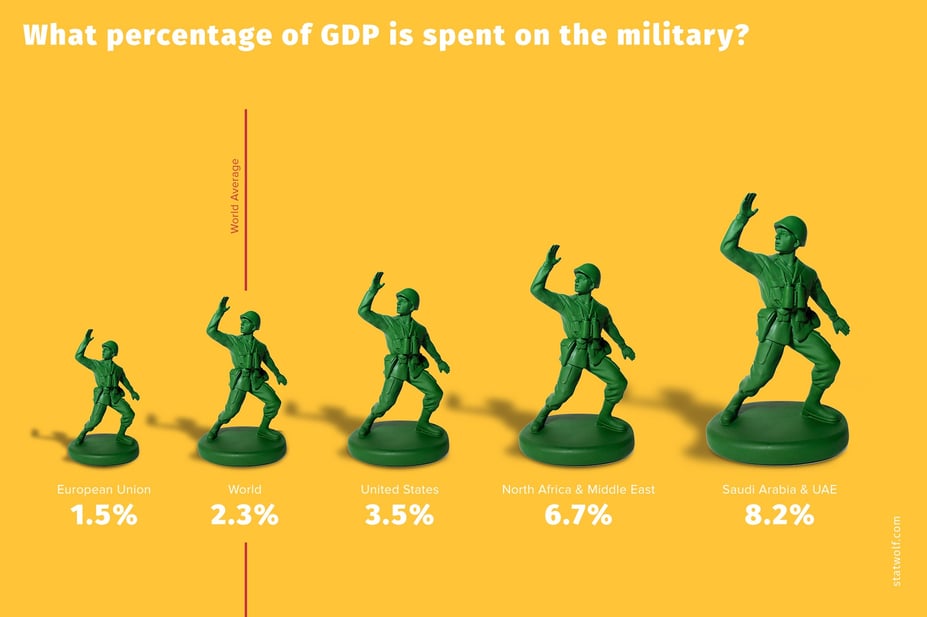 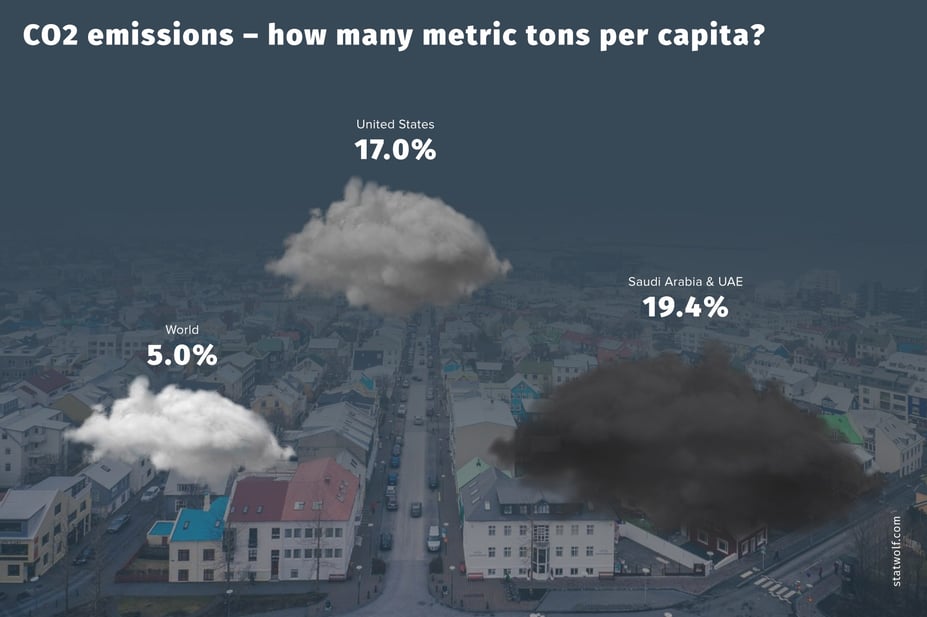 This helps explain why those regions are clustered together. But what about the African split?

Look at the data and you’ll see that many of the North African indexes are much closer to the global average than the South, where high rural population, high mortality rates, low income and low access to health facilities, sanitation and electricity, move the region further from global averages. 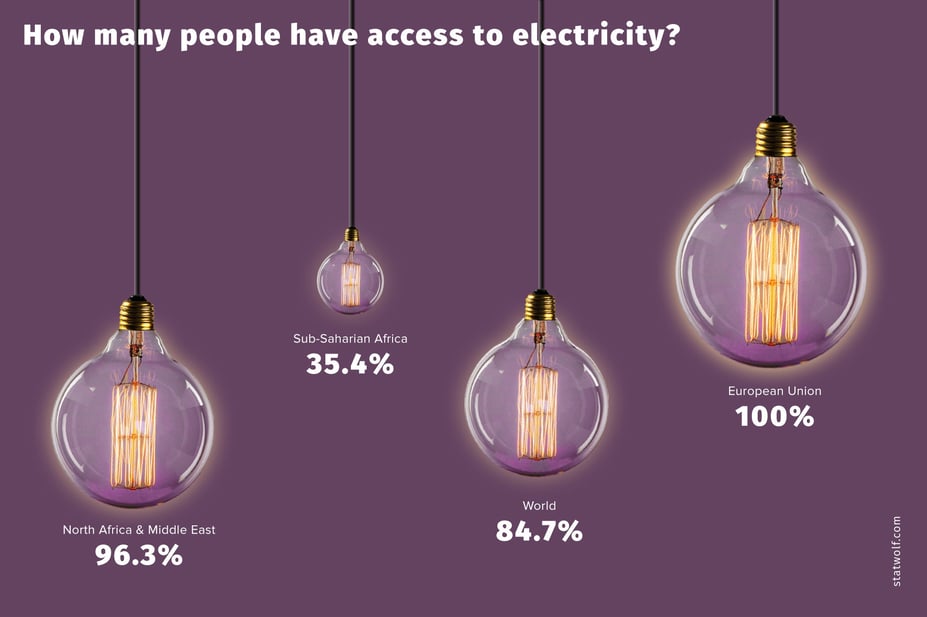 There’s another story lurking in the indexes. Take a look at North Africa’s figures for military expenditure, for instance. You’ll see it is far from global average. These statistics are from a couple of years ago, right at the peak of the Arab Spring, so the impact of conflict in Libya, Tunisia and and Egypt is shown right there in the numbers.

It may seem obvious to us. But for a machine to point out these differences, just from a simple set of 18 figures, and highlight some relationships we were not aware of, demonstrates just how powerful data analysis can be when it comes to advancing our understanding.

Now imagine the same principles applied to more complex data sets, like customer behaviour, or scientific research studies, and you can only begin to imagine some of the valuable discoveries that can be made.

Statwolf, is a leading data intelligence provider, that creates simple data visualisation solutions for businesses, academics and beyond.